Last July, I was invited by Future Sound Asia to propose an art installation for their Good Vibes 2019 festival.

After being given the brief by FSA, I was struck by the site. The open air, the lush greenery, the mountains. The music festival itself was an illusion. A moment of temporary illusion that we are all aware of, yet still choose to participate-, the chirping birds, howling monkeys, the loud festival goers, the mayhem, the controlled chaos. A stark hyperreality. I wanted to create a piece that reflected the site (literally & metaphorically). A suspended hall of mirrors that hovers overs ones head, reflecting and diffracting the light. A piece, that because of it materials, responds to light sensitively as it changes colours to indicate the passing light.

Thank you FSA for a great working experience and for letting me & my humble team be part of your super lit festival!

I’ve always had a fascination with simple mathematical generated structures and also an interest to try out dichroic film, a translucent film that can retract light. Much like a prism. I though this would be a great opportunity for me to combine both of my interest into an art installation proposal for FSA.

Later, I named this baby, “Gunungan” which means “mountains” with reference to the wayang kulit’s (shadow puppets) “pohon hayat”, also known as the “tree of life”.

(more will be added later on) 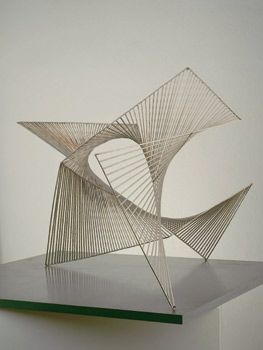 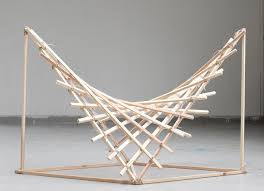 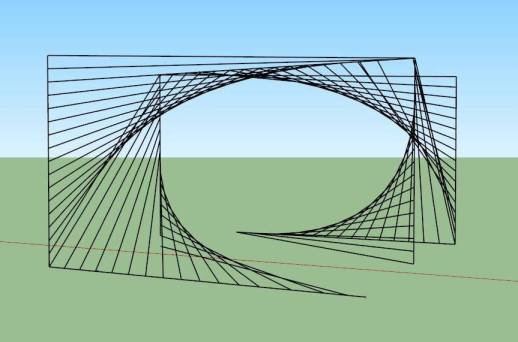 The first time I came across Soo Sunny Park’s Unwoven Light, I was awestruck. It was the simplicity of the materials that blew me away and I wanted to paint with light, just like her too. The secret weapon, I discovered upon further research, is Park’s usage of dichroic films. 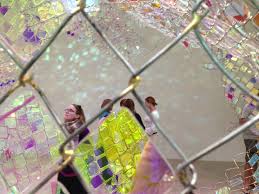 Part 2: Finding inspiration from within

The first thing that I do after consolidating my inspiration, is that I try to imagine how my space will FEEL. Not what it would look like, but the feeling one would get if she enters my artwork. I start to delve deeply into my dream world. “Paint with light”, is what I keep on telling myself.

I visited an art exhibition at Petronas Art Gallery, KLCC recently. At an exhibition titled,”Unsung Heroes”, I noticed an artwork by the late Datuk Syed Ahmad Jamal. The colours he used in his rendition of the Petronas Twin Towers reminded me of Soo Sunny Park’s usage of dichroic filters, that can be used to reflect light into a spectrum.

And I knew immediately that this was what I wanted my space to feel like, so I came up with a few expressive drawings. Eventually, I showed my drawings and my prototype model to my clients from Future Sound Asia. 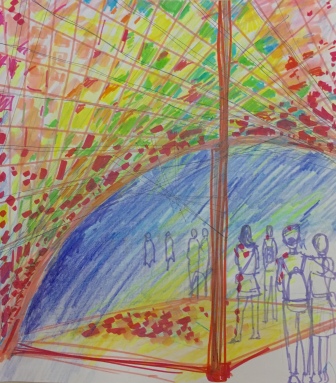 Detail drawings for the purpose of building and sourcing for the right materials. This process had to be done several times because I had to work with locally available resources.

Greater attention was given to the steel frame because it needed to be able to carry its own load as well as the weight of the perspex. Yet at the same time, the frame structure should not be too overpowering that one focuses on the frames and not on the films.

I used galvanised iron (G.I) pipes for the frames because it was rather easy to obtain and it comes with many connectors. These G.I pipes are commonly used for scaffolds at construction sites. I used 1 1/2″ and 3/4″ for my work. 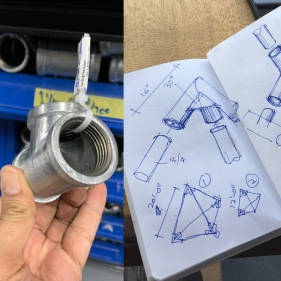 However, the most important part of the work, the pyramid joints had to be built from scratch. These custom-made joints were used a 1″ width x 10’0″ length steel plate, bought at the local hardware to create the base of the frame. Then welded the GI pipe that were cut short, as connectors. 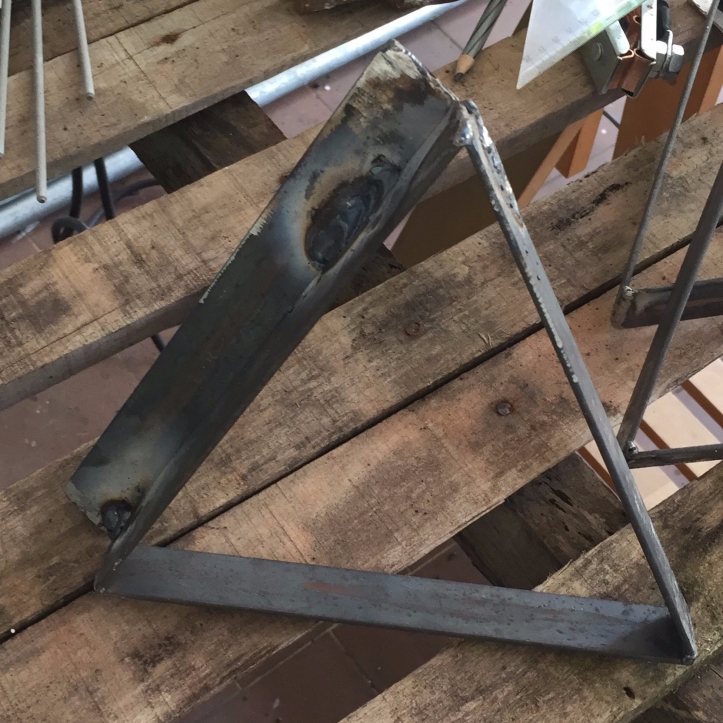 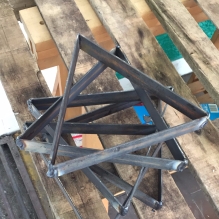 Since “Gunungan” will have be unveiled for the first time at Good Vibes 2019, I wanted to make sure that it will leave a good impression to the festival-goers and especially, the organisers (aka my clients). From experience, new works will always go through a lot of teething and it’s not uncommon to encounter problems that you’ve never thought about. It’s also important that I give time for things to screw up (and there were screw ups) and for me to rectify them before the festival, especially since the site is miles away from the nearest hardware or supplier shop. 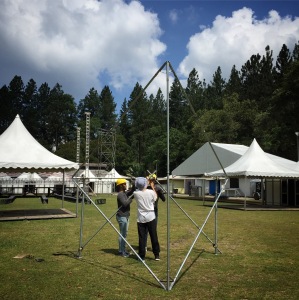 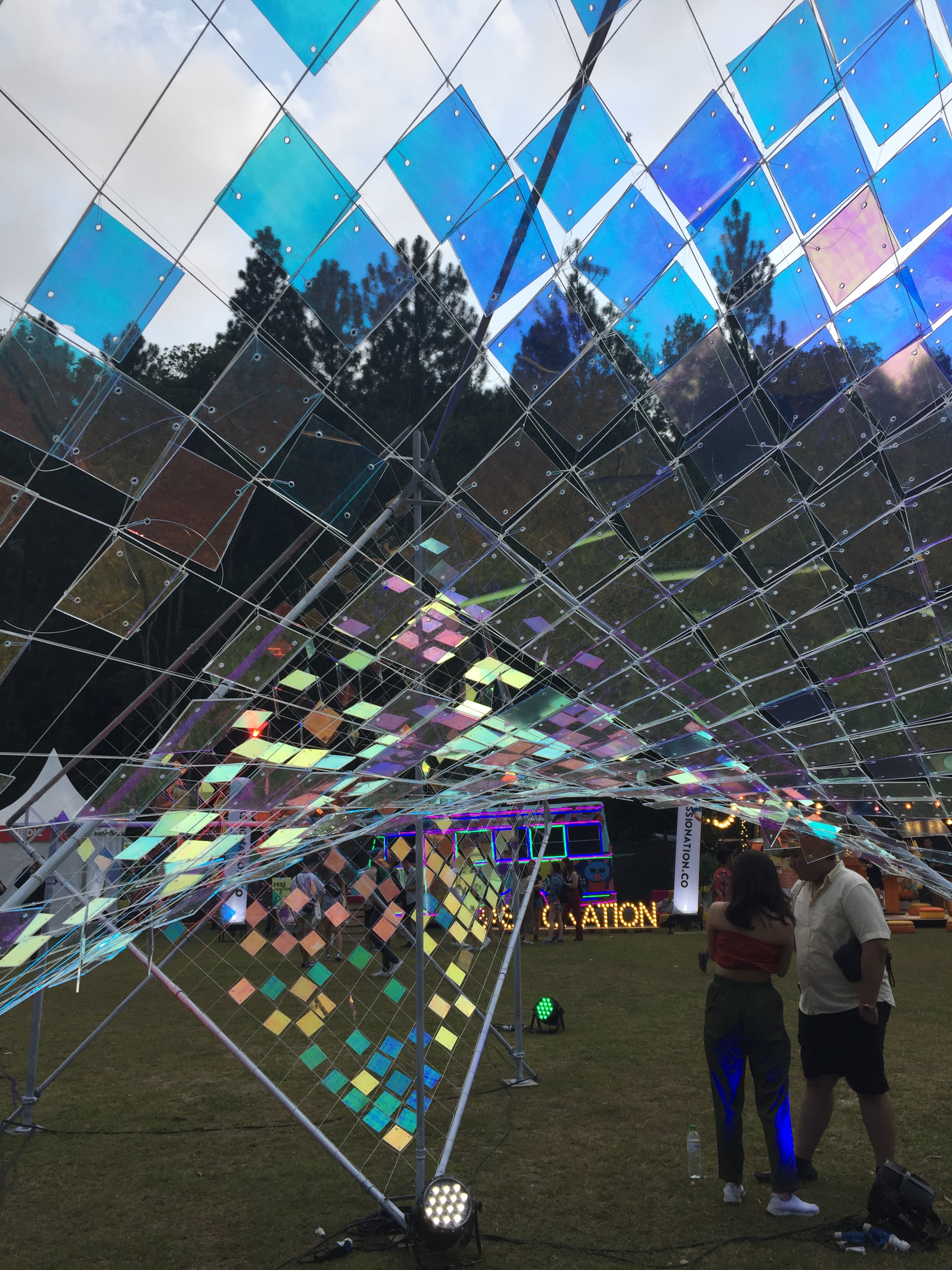 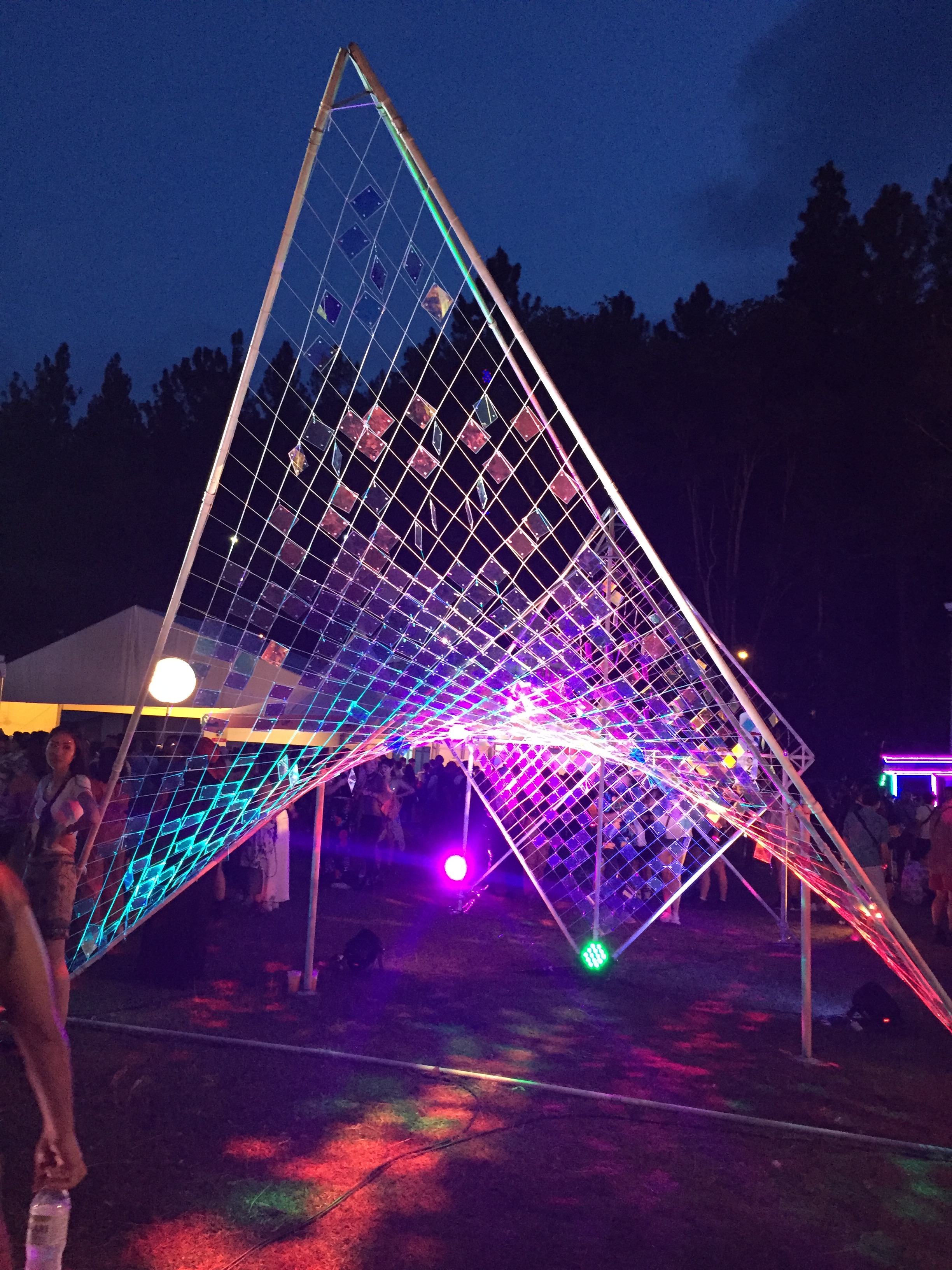 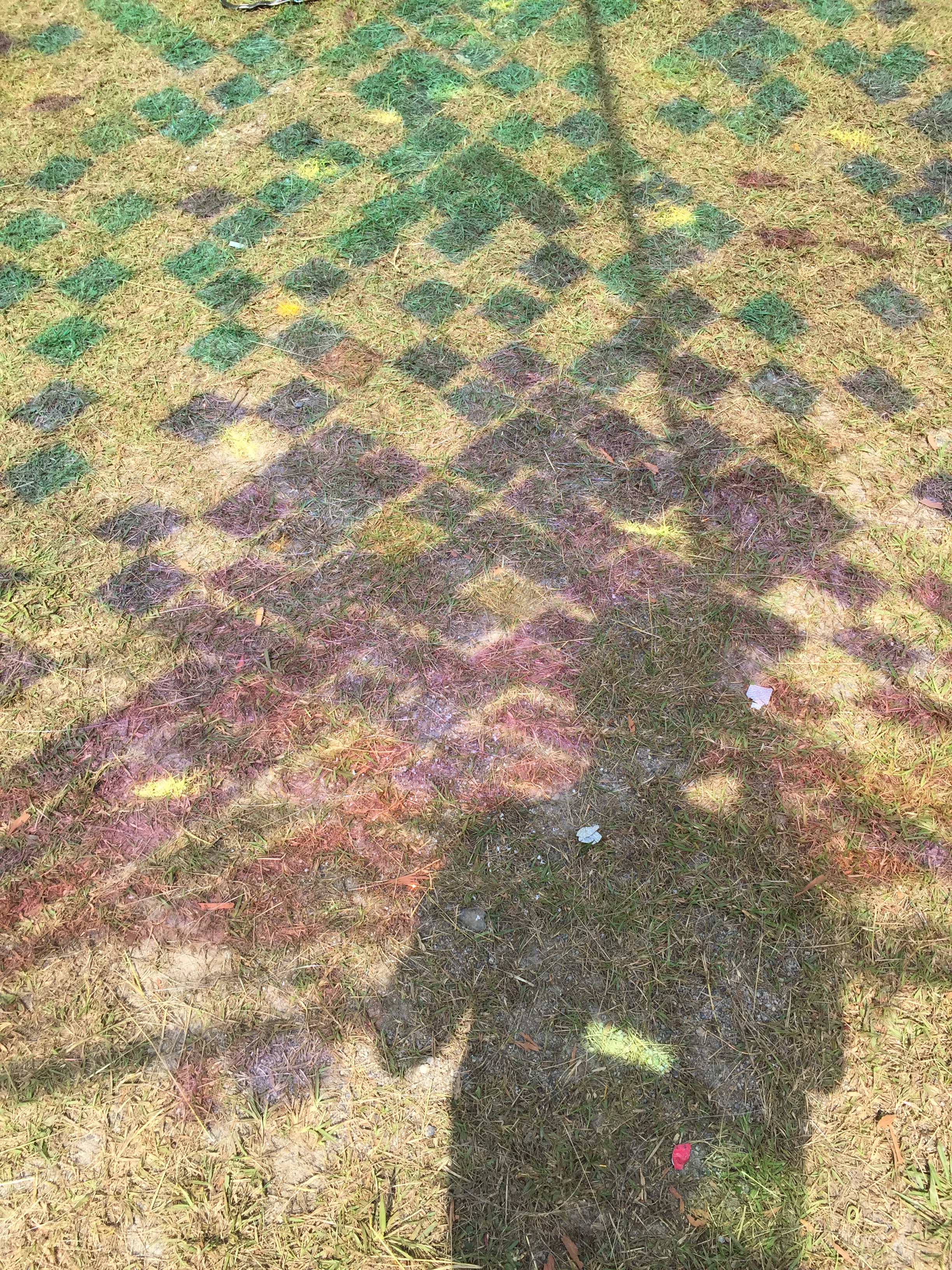